What an amazing race.

The weather played ball and racers were treated to dry and dusty conditions on the mash-up course which featured off-camber links between regular Aston Hill trails; it was even overheard as being described as “the best Aston Hill track, ever”. Praise indeed! 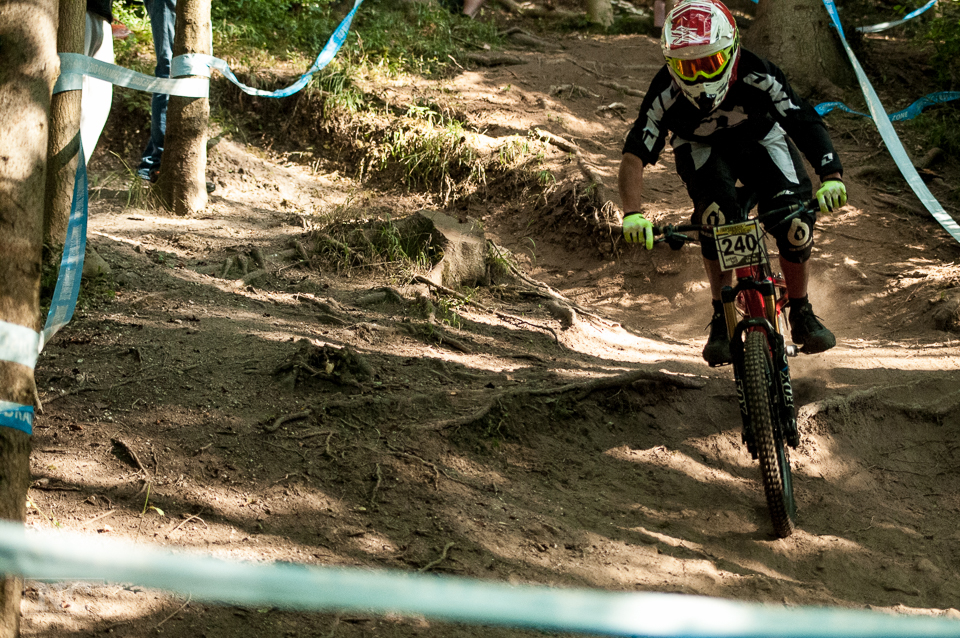 Rather than write a report (especially as the full results are on Gravity Project and Roots and Rain), feast your eyes on the video and pictures below - they tell a far better story. There’s also shots on the Aston Hill Flickr group - feel free to add more!

A huge shout must be given to Gravity Project, Quality Catering, Vintage VW Smoothies and the hardworking medics, for keeping people timed, fed, watered and safe.

A massive hats off also needs to go to the race backbone: the marshals. They did a sterling job at an incredibly busy race. Thank you very much guys!

All that remains is to say a massive, massive thank you to the race sponsors, who provided amazing support and prizes:

Racing will return next March. Watch this space!

END_OF_DOCUMENT_TOKEN_TO_BE_REPLACED

However, should you want to race get yourself over to the Hill on Saturday afternoon or first thing Sunday, as there are still spaces left!

The weather’s looking nothing short of perfect, there are more prizes from some fantastic companies than The Bearded One can fit in his cavernous, blacked-out estate - what’s your excuse not to?

Our friends and supporters at madison.co.uk are offering free passes to the first 50 Members who send us an email with the word ICEBIKE in the subject field. Please include your name and membership number too, and make sure you can attend on the day!

Send to anarchy [at] rideastonhill [dot] co [dot] uk (and replace the ‘at’ and ‘dot’ to make an email address, obviously!)

As long-time supporters of Aston Hill, we at Madison thought it would be nice to offer up something special to all you Aston Hill members.

The yearly Madison internal trade show, iceBike* is a yearly occurrence where dealers and the press get to come along to our Milton Keynes distribution centre and see all the latest and great products from the likes of Saracen, Genesis, Giro, GoPro, Shimano and all the over brands that we distribute. This is always a strictly internal trade affair, but this year for the first time we are opening up our Press day on the afternoon of Thursday 23rd of February to Aston Hill members!

Not only will you get to see loads of shiny new kit and prototypes before anyone else, you’ll also be guests at the Madison Saracen team launch, be the first to see an exclusive 3D Chris Akrigg edit and be in the company of one of England’s finest exports, Steve Peat.

We’ve got 50 places to give away to the first 50 people to respond!

It could really do with a little rain…

After a dry week at the end of a very wet August, too many people were tempting the weather gods at Aston Hill. The very dusty course was “like riding on marbles”, according to one racer on Saturday’s practice and “it could really do with a little rain to settle things down” was said more than once.

Well my friends, ask and you shall receive.

To prove that the weather gods are listening and have a sense of humour, racing kicked off at 11am on Sunday and by 11.15 it had started raining. By 1pm it had become a deluge of biblical proportions and at 3pm it was barely letting up. By 5pm, shortly after prize giving, the sun finally came out.

Isn’t it ironic? Don’t you think?

Still, the conditions proved a few things. The first was that the 423 really is a good all-weather course, standing up remarkably well to the sustained beating that a day of racing brings. The second was that racers are a hardy bunch, with a good portion of riders staying to do a second run on a wet-turning-tacky trail.

The hardtails were off first on a dry course, and Sam Johnson and Isaac Mundy of the Identiti Flow team claimed 1st and 2nd, with the 3rd and 4th fastest times of the day (1.10.71 and 1.12.93 respectively) and Matthew James making up the podium, barely four seconds off the winning time. Truly crazy, crazy fools.

People Worth Checking Out